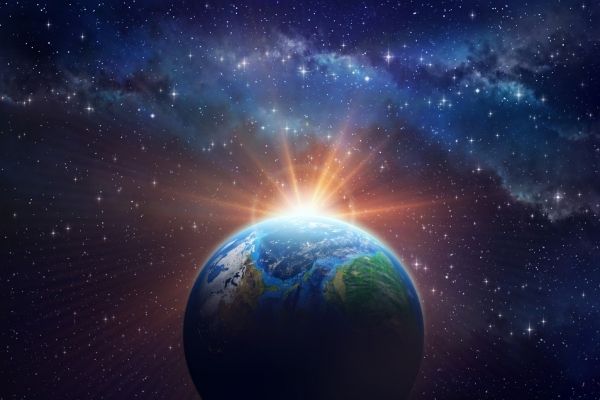 If you are into astronomy and a passionate stargazer, you must have wondered about exoplanets. You must have pondered about the size that a telescope needs to be in order to see such a small object orbiting a star so far away.

Telescopes that can see exoplanets:

Don’t worry! In this article, we’ll talk about how big a telescope needs to be in order to see the exoplanets.

What Is An Exoplanet?

The Size A Telescope Needs To Be To See Exoplanets

Before knowing about the size of the telescope, we must know about the types of telescopes that are used to observe exoplanets.

There are mainly two types of telescopes that can detect and see exoplanets. They are:

Most of the telescopes in the world are ground-based. As the name implies, Ground-Based Telescopes are situated on the ground. They observe and look out for exoplanets from the surface of the earth.

Ground-Based Telescopes are limited because of the light pollution and the fact that it has to find planets penetrating through the earth’s atmosphere. They are also limited by their size. Though there are a lot of ground-based telescopes, very few of them are able to detect exoplanets.

The 3.9-meter Anglo-Australian telescope situated in Australia has found 28 exoplanets ( till February 2014). It has a diameter of 3.9 meters and a focal length of 12.7 meters. It also has a surface area of 12 Sq.meters. It uses optical fibres to gather light and then uses spectrography to analyze the light and hence detect planets.

The 3.6m Eso telescope situated at La Silla observatory in Chile is paired with a HARPS (High Accuracy Radial Velocity Planet Searcher) spectrograph. It has till now discovered 130 exoplanets. The telescope has an aperture of 3.6 meters and a surface area of 8.6 Sq.meters.

The Very Large Telescope situated in Chile are sets of two pairs of telescopes. Each of the four telescopes has a diameter of 8.2 meters. They can work individually and also in a group. This telescope has a focal length of 120 meters. This is the first telescope that was able to image an exoplanet (2M1207b) directly.

Space-Based Telescopes lookout for exoplanets staying outside the earth’s atmosphere. The telescopes that contributed the most to discover exoplanets are:

Hubble is an extraordinary telescope. It is still contributing silently to space exploration. Though Hubble was not particularly built for finding exoplanets, it still managed to capture the very first visual image of an exoplanet.

In 2008 a photograph of the exoplanet named “Formalhaut b” was captured by the Hubble telescope. Hubble also managed to find organic molecules on an Exoplanet in the same year.

Kepler is definitely the telescope that contributed the most in search of exoplanets. It managed to discover a whopping 2,662 exoplanets before being retired on October 30, 2018. Kepler was purposefully designed to discover and view exoplanets.

Spitzer is also a very important telescope that helped us to view and detect numerous exoplanets. Spitzer uses infrared rays to detect and gain a perspective of the exoplanet. Spitzer discovered 7 exoplanets before being retired earlier this year on January 30.

Spitzer had a very sensitive infrared sensor that is why despite being a very small telescope, it was able to detect this many exoplanets. It has a diameter of only 0.85 meters and a focal length of 10.2 meters.

Although this telescope is not launched yet, it promises to bring a whole new dimension for exoplanet observations. James Webb is scheduled to launch on October 31, 2021. It will be launched as a replacement for the well-famed Hubble space telescope.

Both ground-based and space-based telescopes have contributed and are still contributing in detecting and viewing exoplanets. But both of them are very large in size. They are also very difficult to maintain and operate.

On the other hand, Space-based telescopes can not be very large in size because of the payload limitation of our rockets. But they have a very sensitive and powerful sensor to make up for it. Their sensor and mirrors are also very large in size as they also have to capture as much information as they can to detect and watch out for exoplanets.

Hopefully, you are able to grasp an idea about the size that a telescope needs to be to see Exoplanets.