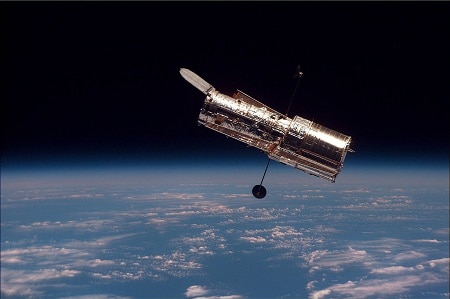 Many people often wonder if normal telescopes and the telescopes in the space are the same or not. Here, by normal, I mean the telescopes we use to stargaze. In this article, I’ll clear that confusion once and for all!

In a terrestrial Newtonian telescope, there are two mirrors. One is the Primary and the other is the Secondary. The primary mirror is located on the rear side of the tube. Its job is to reflect the image and focus at the front, where the secondary mirror is.

On the other hand, space telescopes don’t have these kinds of image acquisition technique. They have computer operated algorithms to process the image.

Another major difference is, space telescopes revolve around the Earth whereas terrestrial telescopes are stationary.

When it comes to advantages, space telescopes win over terrestrial telescopes by a long round.

The main advantage space telescopes have is, they don’t have to deal with any atmosphere. When we view an object from the Earth through a telescope, the light from the object has to cover thousands of miles before it can reach the telescope. During this long journey, the light gets distorted due to the atmosphere and its constituent particles.

Can you guess why there are no observatories around the cities now?

Last but not least, from space, we can observe a very large variety of objects which are not viewable from the Earth. From Earth, we can only view a specific part of the sky. There is no way to observe what’s in the opposite part of the Earth.

There is no such problem in space. If you want to observe something that is on the opposite side of the Earth, you’ll just have to wait for 1 hour for the Earth to rotate. 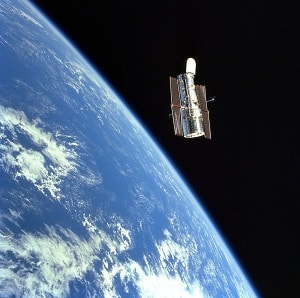 Though Hubble has a very complex structure, at its core, it is a Cassegrain type telescope. In Cassegrain telescopes, there are two mirrors used to focus the light. Also, Hubble consists of hundreds of cameras, infrared cameras, hydrogen-alpha filters, color cameras, spectrographs, and many other equipment.

Hubble Telescope is certainly a sign of pride for mankind. 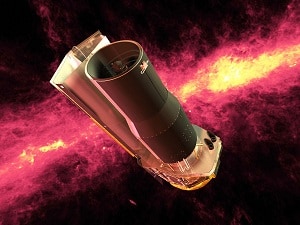 Unlike Hubble, Spitzer is an infrared telescope. Though there are many similarities in the construction, the working principle is unique in both of them.

Till now, the Spitzer Telescope has found hundreds of exoplanets. It is very much effective at doing this. [Exo-planets are planets that orbit a star outside of the solar system.] 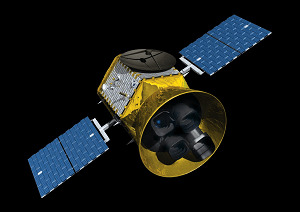 TESS find exoplanets by using a Transit method. In this method, TESS monitors the star brightness. If there is a drop in the brightness in a periodic manner, that could indicate a planet is orbiting the star.

TESS consists of 4 wide-field lenses. These 4 lenses allow TESS to have a very wide field of view. TESS moves following a very high elliptical orbit. This allows TESS to observe the sky for the maximum amount of time at any given moment.

I hope by now you are clear of how space telescopes work and what are the differences between space telescope and terrestrial telescope. Both have their importance and necessity in their own field.